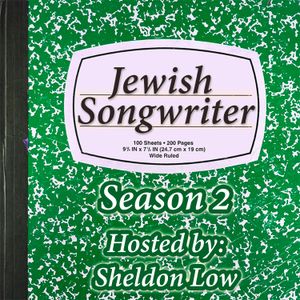 As always, you can listen to all of the compositions from this season on the Jewish Songwriter YouTube Playlist or Spotify Playlist.  And please subscribe to the podcast and leave a review on iTunes, Stitcher, Spotify, GooglePlay or wherever you listen.

If you are familiar at all with North American Jewish music, it should come as no surprise, that as with almost any conversation about or with Jewish Songwriters, one name repeatedly comes up in conversation, without whom, probably none of us Jewish songwriters would be here today.  And that name, of course, belongs to the one and only Debbie Friedman.

Debbie Friedman is considered by many to be the mother of contemporary Jewish music.  If her name isn’t familiar to you, but you’ve entered a Temple, synagogue, or shul in the last half century, there’s a high likelihood you’ve heard her music.  Though Debbie passed away in 2011, it just doesn’t make any sense to not have an episode of Jewish Songwriter dedicated to her.   Professionally speaking, I’m not sure there’s anyone in history who’s had a bigger impact on Jewish music.

Many of my guests spoke about how Debbie’s music impacted or changed the course of their lives. But what I love about the two stories I’ll be sharing with you today, and what they reveal, is that Debbie’s vision and impact stretch far beyond her music.  They are not the only stories I was told and I’m sure they won’t be the last but you will hear them unedited exactly as they were told me.  I hope you’ll enjoy listening to them as much as I did.